But before we jump-start our programming concept of the Quick Sort Algorithm, let’s first come to know what sorting means in our daily life.

To the dictionary meaning, there are many ways any individual can explain the word ‘Sort’. This means anybody can use the ‘Sort’ word to remove any problem from their life. But we mainly deal with another meaning. Here, Sort means to rearrange something in an order.

In Programming there will be a lot of numbers & we need to develop an algorithm that sorts them in ascending order. That will be a very interesting topic.

But wait, is there any method present to solve such problems? Yes, there are!

What Is Sorting Algorithm? Get to Know More

Generally, an Algorithm means a set of lines of code. These types of lines help to solve out most common problems related to the programming field. The sorting Algorithm is such a kind of Algorithm. Here, a list of numbers will be provided to the developer. They need to sort them in ascending order.

If the numbers are very less like two or three numbers. Then it will be an easy task for the developer to sort them. They will use the swapping method among them & solve it.

But what if the numbers are 100s or 1000s? Then developers need to use Sorting Algorithms.

There is a plenty long list of Sorting Algorithms. Based on the situation, it is completely the developer’s choice to choose any Algorithms among the following.

What Is Quick Sort Algorithm? Read Below 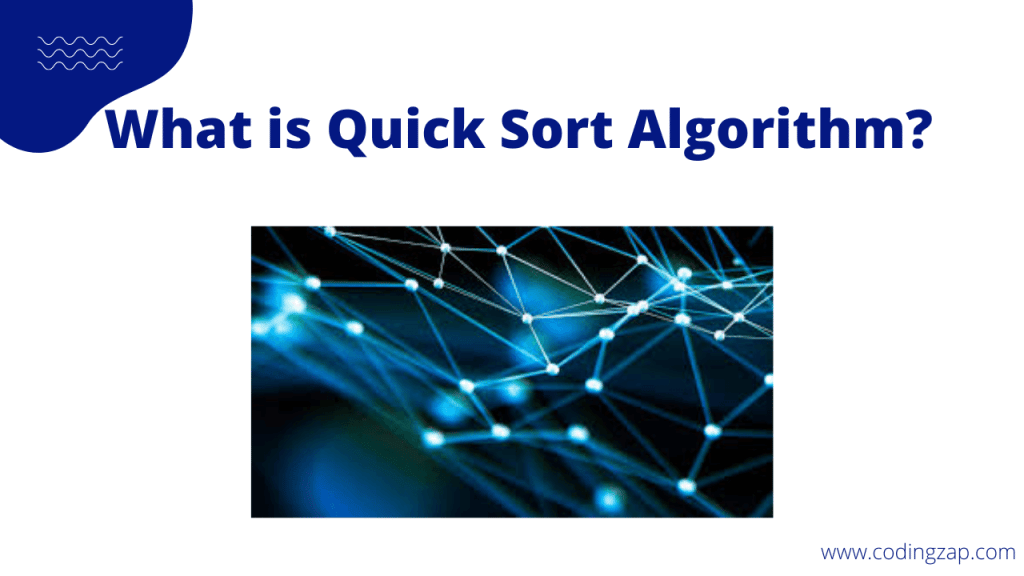 Before we provide the answer to the question “What is Quick Sort Algorithm”, Let’s know some brief history about this topic.

The Quick Sort Algorithm was developed by British computer scientist Tony Hoare in 1959. The name “Quick Sort” comes from the fact that it is capable of sorting a list of data elements significantly faster than other Sorting Algorithms.

It is a type of Sorting Algorithm & it completely works on Divide & Conquer Technique. Divide & Conquer Technique means that it first Divides the large set of data into small parts. Then again, those small parts are divided into smaller parts. At the very smallest part, this algorithm solves the problem & then Conquer all those parts & make again the full set of data.

We can list down the steps of the Quick Sort Algorithm: 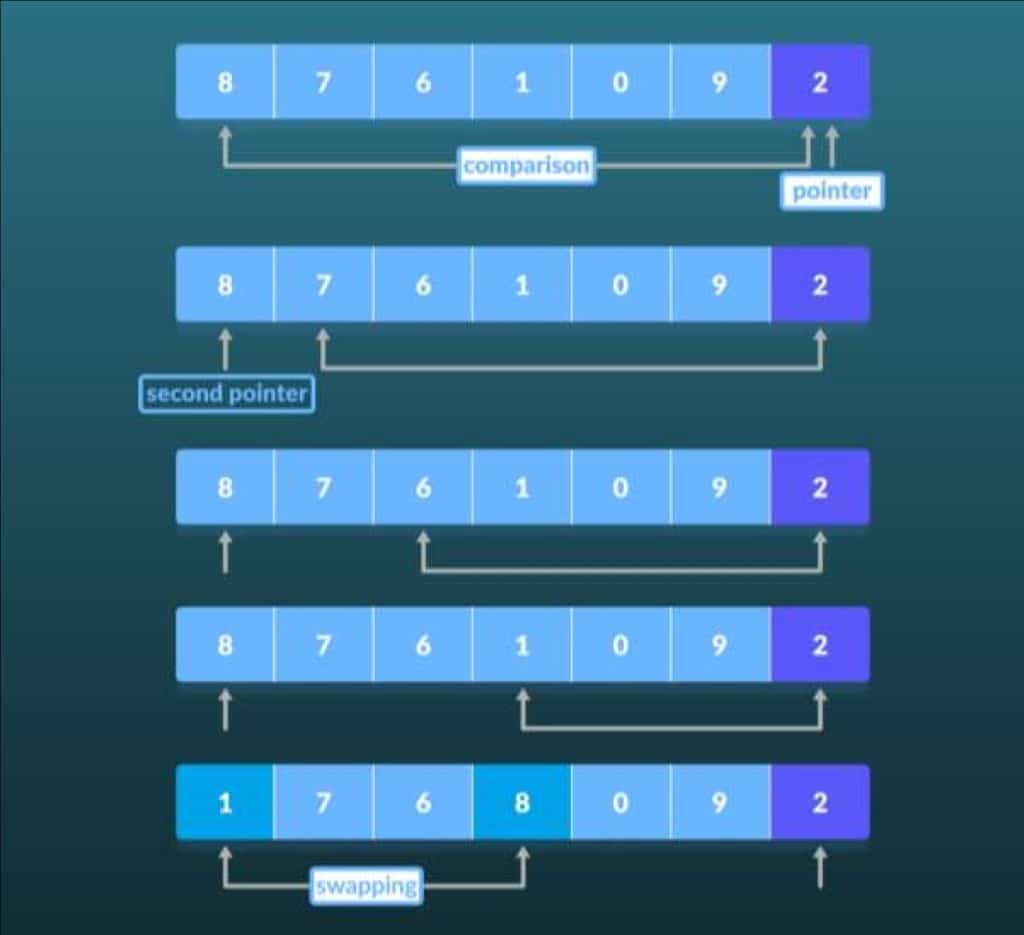 Here, we need to take the array & its starting and ending index as arguments. If it is a normal array, then it will call the partitioning function. Also, after that, it will recursively call to itself.

By those two recursive callings, it is dividing the array into two subarrays. Before & after the pivot element the subarrays will create.

Here, in this function, we would take the pivot point as the last element of the array. Then we will run a loop there. If the elements in the array are lower than the pivot element then it will swap its position. This will go on till it reaches the endpoint of the array.

After that loop, the pivot element will be replaced with its sorted location. This will be implemented using the swapping method.

Also, at last, it will return the pivot element index to the called function.

Here, we just need to take the user input values. Users need to provide the values to the array & as well. Then we will call only the Quick Sort function. Then it will do its task by itself.

Above are the code snippets. If needed, you can go through the full source code provided here. The probable output of the Quick Sort Algorithm will be the following. 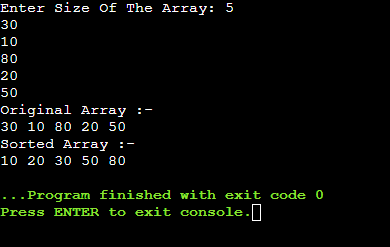 As we saw Quick Sort Algorithm is very important.

We should clear the basics of recursion & function calling for learning the Sorting Algorithm.

We should clear the partition method. That is very important among all the functions in the Quick Sort Algorithm.

Also, if you are looking for  C++ Programming Help then hire us for the best services. We have the best expertise in C and C++ Help. Reach us now and get genuine help.

Codingzap also offers a wide range of programming and coding help services for you to benefit from. Don’t miss out! Visit https://codingzap.com/ and our expert team will be there to help you out.