But before we start the programming aspect of Priority Queue, let us first think about what is called a Priority Queue in daily life.

Suppose, you & your friends are standing in a queue for train tickets. Suddenly, you saw a very old man there. What will be your duty at that moment? Your duty to first let the old man book his ticket. That means the old man has the priority to book the ticket. Again a disabled person came to book a ticket there. Then what will you do at that point? Who will book the ticket first? The old man or the disabled person?

So, in such cases, there will be a relative priority consideration happen. Generally, a Disabled person has the top priority. After that, the old man will book the ticket. At last, you & your friends can collect the ticket.

The same thing happens to Priority Queue in Java. Several elements will make a queue along with a special value. Among them, whoever has the highest special value will first come out from the queue.

But before we implement the Priority Queue Java, let us first know briefly what do you mean by this.

What Is Priority Queue in Java? Read More 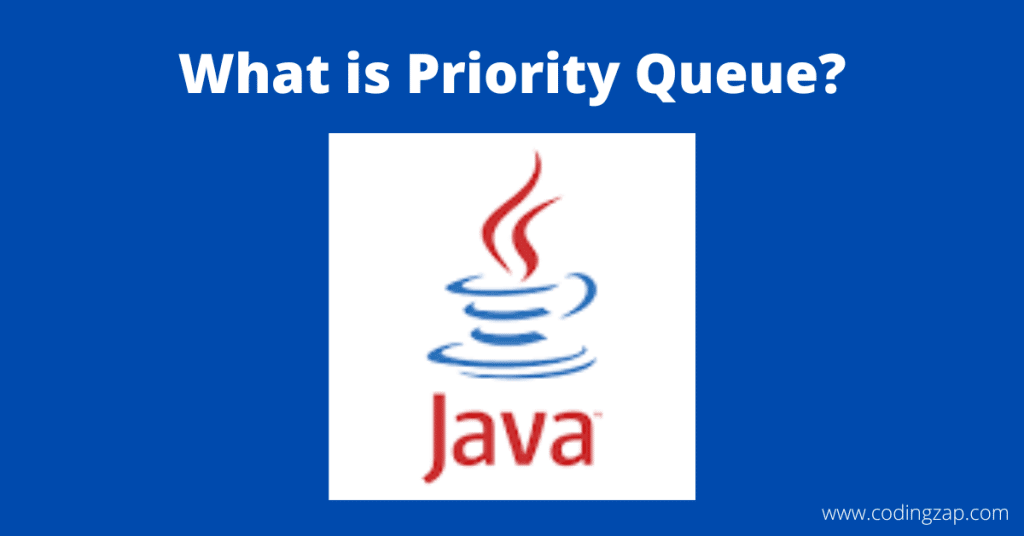 Not only in Java but Priority Queue can also be implemented in any programming language. It is a special type of Queue. The Queue is a type of Data Structure. Priority Queue is quite different from that. In such cases, there is a special value available called ‘Priority’. Based on the priority insertion or deletion can happen.

Priority Queue has some properties. Depending upon the properties the operations are performed. They are: 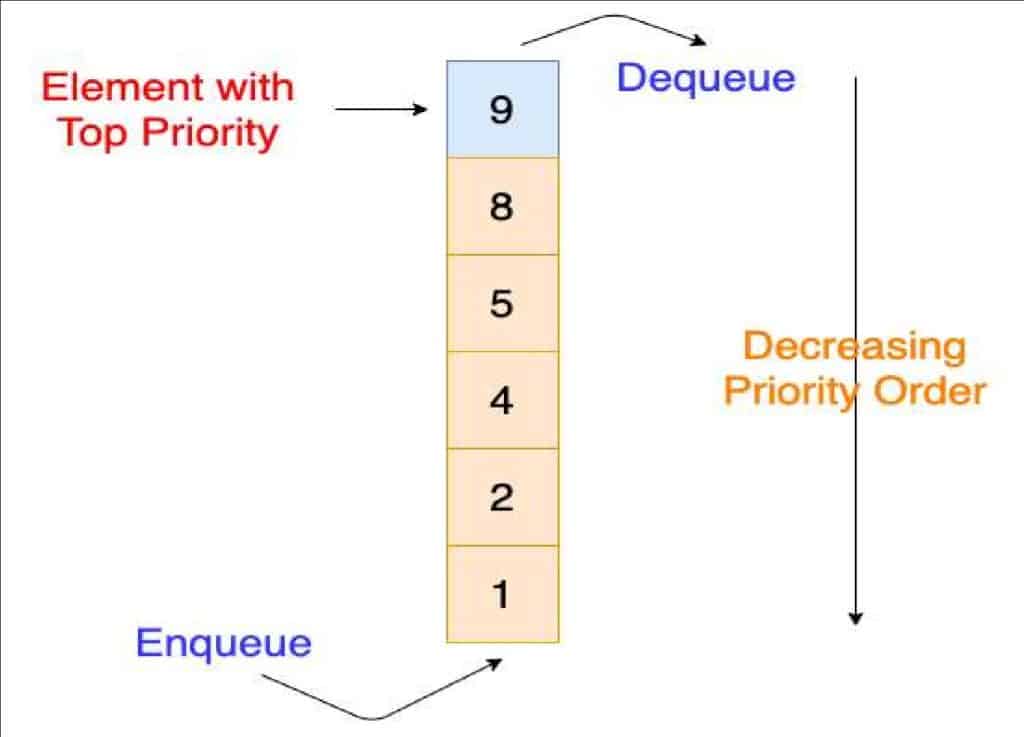 Get to Know Types Of Priority Queue:

Priority Queue Java mainly can be differentiated into two types. According to the Priority with the number, the divisions are following two types:

The proposed ways to implement  are:

Both above are types of Data Structures. Both are linear. But in between them, using Linked List to develop the Priority Queue is the easiest process. Just we need to have the basic knowledge of the Linked List.

What are the Operations in Priority Queue?

Not only Priority Queue, but Normal Queue also has only the following two operations. Other than these, there will not be any possible operation performed on Queue. Though developers can add any operations made by themselves. The proposed operations  are:

Let us know briefly about the processes.

En-Queue is a simple operation. In the normal queue, a number will be added to the last of the Queue.  But in the case of Priority Queue, the operation is quite different.

De-Queue is another operation performed in the Queue. In a normal queue also, there is a De-Queue operation. But there every number was removed from a certain side of the Queue. Whereas in Priority Queue the operation is quite different.

Let us implement some code snippets of important operations:

Here, we need to first check whether the Priority Queue is empty or not. If it is empty then the Deletion can’t happen. But if it has the elements in the Queue, then the element which has the highest priority will get removed first along with the priority. Then the Starting Pointer will point to the next address.

In this function, we will ask the users to choose their input. After that, they will provide the inputs there. The inputs will be transferred to a certain function for further process. According to the input of the user, proper action will be performed.

Above are the code snippets. If needed, you can go through the full source code provided here. The probable output of the  will be the following. 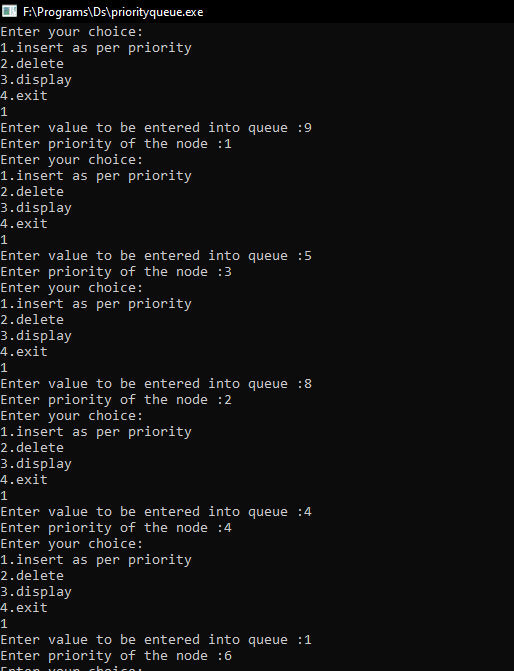 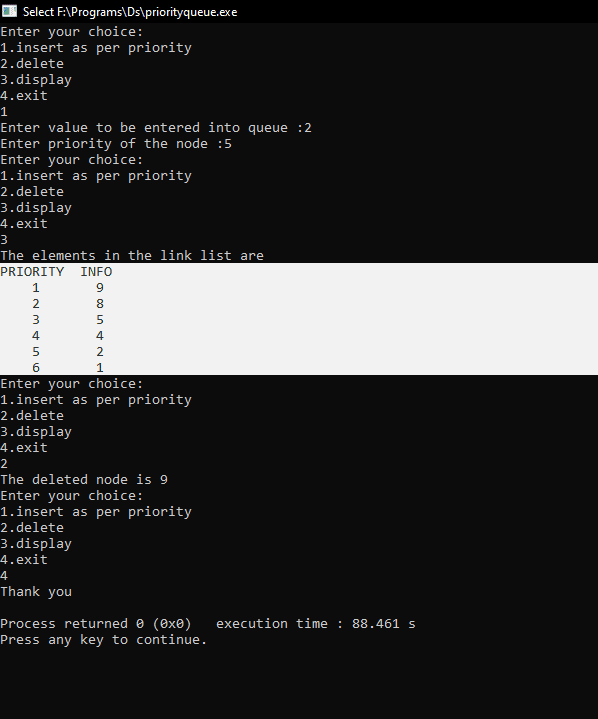 As we saw Priority Queue is very important.

We should clear the basics of recursion & function calling for learning the Priority Queue.

We should clear the Linked List concept also. That is very important to implement the same.

Also, if you guys are looking to get help with Java Assignments or Programming then you can use our Java Homework Help Services.

If you are looking for Final Year Java Project Ideas then you can contact us as well.